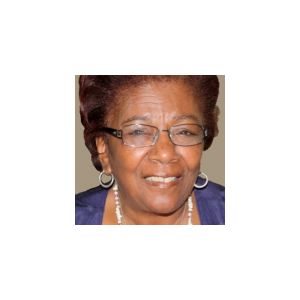 Judith Johnson was described by Gary Stern of the Journal-News (October 22, 2019) as the “best known educator in the Lower Hudson Valley, who fought for educational equity for decades and represented the region on the state Board of Regents since 2015.

As a Manhattanville doctoral student, Judith in her 80’s was an educational leader who was developing her plan to research the processes and effects of policy making within the Regents and State Education Department over the past twenty years , when she passed away in 2019. Judith began her career as a teacher in New York City prior to moving into administrative roles for the Mamaroneck, Southern Westchester BOCES, Nyack and White Plains school systems. In Nyack she served as the Director of Curriculum before moving to White Plains as the Deputy Superintendent.

Recruited by the Clinton administration in 1996, Judith served as the Deputy Assistant Secretary of Education and then the Acting Assistant Secretary for Elementary Education before returning to Westchester where she led two school districts. Serving as the Peekskill City Schools from 2001 to 2011, Judith spearheaded numerous programmatic and curricular changes and oversaw school construction projects, including the opening of a new middle school. Following Peekskill, Judith became the interim superintendent of Mount Vernon schools from 2012 to 2014.

In 2008, Johnson was named New York State School Superintendent of the Year, making her the first African American to receive the honor from the New York State Council of School Superintendents. Judith was best known as an untiring force for seeking equity for all students. In 2015, Johnson was inducted into the Rockland County Civil Rights Hall of Fame. Ms. Johnson’s impact went beyond our region. Her legacy lives on in multiple school districts and in policies across the state and nation. The Manhattanville College Doctoral Program is honored to have her as part of our community.

This year one $500 scholarship will be awarded. Recipients must be Rockland County or Peekskill residents interested in furthering their education by attending a college/university or a vocational school.