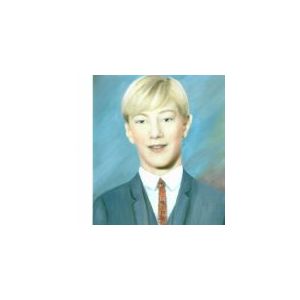 This scholarship is open to all seniors at the Marion JR/SR High School.
Contact Ms. Livingston in the guidance office for more information.

James Vernard Leenhouts was born June 21, 1951. He lived with his parents (Mildred and Vernard Leenhouts) and his older sister (Joan) at 3831 Union Street, Marion NY. He attended the Marion Jr./Senior High School. James was a boy scout, loved to ski, played the trombone and had a large circle of friends. As a junior high school student, he was looking forward to pursuing a career as a chemistry teacher.
On Memorial Day, 1968, after an evening gathering with his friends, he was offered a ride home from Pulcini’s Pizza Place. Since it was past his curfew, he accepted the ride home even though it was just 2 blocks away. As the kids entered the car to be dropped of home another car collided with them in front of the pizza place. Unfortunately, James was on the passenger side when the accident occurred. Another friend witnessed the accident and ran to the Leenhout’s residence to alert his parents. James’s father pulled him from the wrecked car. James died later that evening at Strong Memorial Hospital in Rochester, NY. Three of the five teenage occupants perished that night. It was later determined that the driver of the other automobile was driving under the influence. This horrific tragedy changed the Leenhouts family forever. While driving home from the hospital, James’s mother expressed a desire that her son’s memory be perpetuated through a memorial scholarship.
The James Vernard Leenhouts Memorial Scholarship, will award two students from Marion High School. The First Place winner will receive $2,000 and the Second Place winner will receive $1,000 towards his/her continued education. The awardees must have plans to continue their education by attending a 2 or 4 year college/university or have plans to pursue studies through a Technical Training Institute.